95 years ago the last Emperor of Russia was brutally murdered together with his wife, children, their family doctor and servants 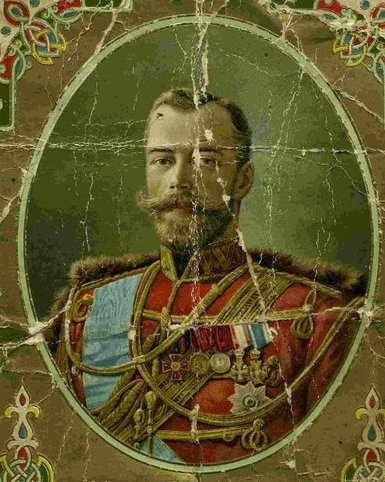 This man could not see the mortal danger – the danger that was going to kill his country, his family and himself. As a result, his power fell in the hands of well-organized Marxist groups whose only goal was destruction. What was that if not criminal negligence? "Weakness" and "the lack of will" - those are the most commonly used words to describe the nature of the last Russian Emperor.

This is what Alexander Solzhenitryn wrote in «The February Revolution»:

His correspondence with his wife was brutally unveiled and thrown under the feet of millions (who could be treated more ruthlessly?) And we, alas, are not deprived of the opportunity to read the following: "Please do not say, "My will is tiny". You are just a little bit weak and you do not trust yourself ... and a little bit inclined to believe other people's advice..."
His non-Royal indecision was the  main flaw of the Russian Throne. In view of such an irreconcilable conflict with the educated society one could stand silid likea rock, whereas he let it bend and break him. He was unwilling to admit that deep inside he was frightened by local self-government, and by the Duma, as well as by the Progressive Bloc and liberal press, and he was losing to them everything beginning with his very autocracy (in the fallof 1905) and ending with his favorite ministers one after the other (in the summer of 1915), desperately trying to appease the insatiable maw, - and he finally trapped himself in a position where there was nobody left to assign. He lived in understanding of his own weakness against the educated class - and it was already half of the victory of the future revolution..
Re-published and translated from