Disarmed Europe will face it alone. One day Europeans may find that the US military is not there... 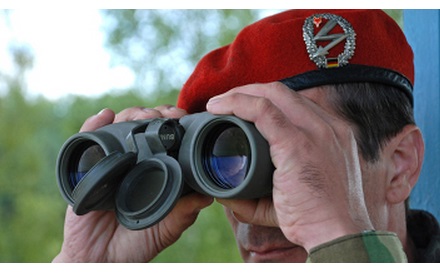 February 18, 2013 7:33 pm
By Gideon Rachman
In the 1970s, Mogens Glistrup, a prominent Danish politician, became famous for suggesting that his country replace its armed forces with a recorded message saying “we surrender” in Russian.
Glistrup is no longer with us but his approach to defence seems to be gaining ground. Europe’s ability to use military force is dwindling fast, and with it the power of Europeans to defend their interests around the world. It is true that there are many troops from European countries deployed in Afghanistan, and the French are in Mali. But, behind the headlines, military capacity is shrinking.
Since 2008, in response to the economic downturn, most big European countries have cut defence spending by 10-15 per cent. The longer-term trends are even more striking. Britain’s Royal Air Force now has just a quarter of the number of combat aircraft it had in the 1970s. The Royal Navy has 19 destroyers and frigates, compared with 69 in 1977. The British army is scheduled to shrink to 82,000 soldiers, its smallest size since the Napoleonic wars. In 1990 Britain had 27 submarines (excluding those that carry ballistic missiles) and France had 17. The two countries now have seven and six respectively.
And yet Britain and France are commonly regarded as the only two European countries that still take defence seriously. The British point out that, even after the current round of cuts, the UK will have the fourth-largest military budget in the world. Britain is also, for the moment, one of only two European nations to meet the Nato target of devoting 2 per cent of gross domestic product to defence – the other is Greece.
The situation in most other European countries is worse – Spain devotes less than 1 per cent of GDP to military spending. And much European military spending goes on pensions or pay, not equipment. The Belgians distinguished themselves in the Libyan campaign of 2011. But about 75 per cent of Belgian military spending now goes on personnel – causing one critic to call the Belgian military “an unusually well-armed pension fund”.
None of this might matter much if the US was still willing to step in whenever the Europeans fell short. In fact, America is losing patience with Europe’s inability to act on its own. The Obama administration was clearly reluctant to get involved in Libya. And when the French found that they needed American help on air-to-air refuelling for the Mali operation, they were aghast to discover that the Americans initially wanted to charge them.
In the end, the US agreed to provide its facilities for free. But the point was made. The US is fed up with a situation in which America alone now accounts for about three-quarters of Nato defence spending. One day, perhaps soon, the Europeans may wake up and find that the US military is simply not there to deal with whatever threat is lapping at the frontiers of Europe.
For the fact is that America itself is preparing for a new age of military austerity. If automatic budget cuts kick in next month, the Pentagon could have to cut $1tn in defence spending over the course of the next decade. Even if the US avoids such drastic measures, the long-term trend is clearly down.
The US is also determined to concentrate more of its military might in the Pacific. The US Navy currently devotes 50 per cent of resources to the Pacific and 50 per cent to Europe and the Middle East – but in future, Asia will get 60 per cent. For the Americans, this makes sense. While European defence spending has gone down by roughly 20 per cent over the past decade, Chinese defence spending has risen by almost 200 per cent. Last year, for the first time in centuries, Asian nations spent more on military force than European countries.
If the US is going to devote more of a declining military budget towards Asia-Pacific, Uncle Sam’s presence in Europe and the Middle East must clearly diminish.
Perhaps it doesn’t matter? The threat of a land invasion of continental Europe seems to have more or less disappeared with the Soviet Union. The menace that seems to worry
Europeans most is the damage austerity could do to the continent’s vaunted social model rather than any military threat. Politicians are responding to public demand by trying to protect health and social budgets ahead of defence spending. Even new security threats such as terrorism are not obviously susceptible to conventional military power. A decade of bitter experience in Afghanistan has been an object lesson in the difficulty of using the military to tackle a “failed state”.
So it is certainly possible that Europeans will get away with a modern version of the Glistrup strategy in which we disband our armed forces, order a takeaway and turn on the answering machine.
Yet you do not have to look very far beyond Europe’s borders to see an array of potential threats massing over the next decade. The Middle East is in turmoil and thousands are dying in Syria, threatening the stability of the whole region. Iran’s nuclear programme could well lead to confrontation and threaten European energy supplies. Russian military spending is rising. And growing tensions between China and its neighbours could one day menace the freedom of navigation on which European trade depends.
The risk is that Europeans may suddenly find that they need armed forces, after all – only to discover that they are not there any more.
gideon.rachman@ft.com
Tags: europe, possible russian invasion
Subscribe