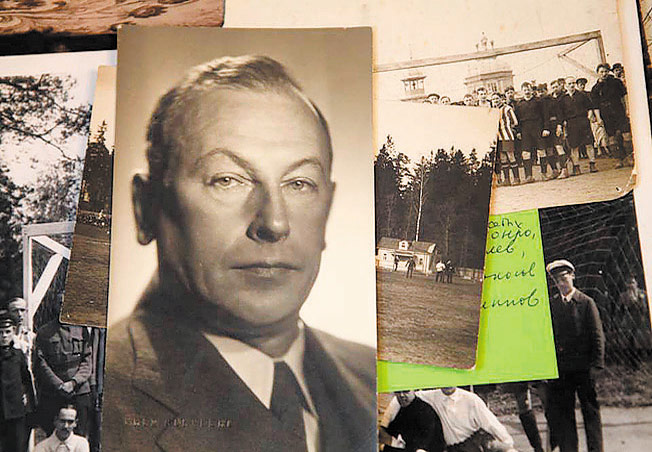 The 1912 Olympic Games may not feature highly in the average person's consciousness, but its football tournament has proved to be a hugely interesting competition for reasons which reach far beyond the game itself. Here's Domm Norris.

For Russia, the 1912 Games were the first event that a representative team had competed in, and their lack of experience was instantly noticeable when the competition kicked off. Three defeats in three matches - including a 16-0 hammering at the hands of Germany - proved that Russia had some way to go before they would be able to compete with the western European nations – who had been adapting to the sport for the previous two decades.

The conclusion of the Games proved to be the beginning of a turbulent period for Europe, as the momentum towards a global conflict come to the fore. Another Olympics would not take place until 1920 – by which the world had been transformed forever.

The First World War is ultimately the beginning of this fascinating story. For Russia the global conflict sparked a revolution that would transform the nation for the next seventy years, as the Bolshevik's came to power under the guidance of Vladimir Lenin. The transformation of Russia's political and social ideologies did not instantaneously induce the entire population to sympathising with the far leftism that Lenin preached. For some Russians action needed to be taken against the changes that were occurring in their homeland – with some going as far as to convert themselves into allies of their motherlands 'enemies.'

Pyotr Sokolov was one such man. Anger at the direction his nation had taken led him to siding with the British government, who offered him a position that he could simply not refuse. Sokolov's links with the White Guard – the militant arm of the 'White' movement which was fighting against the Bolshevik regime – led to his initial contact with the British, who organised for him to gather intelligence on the nation's affairs from his hometown of Petrograd. But Sokolov's story of engagement with the British intelligence services becomes yet more fascinating, when you consider that he was a member of the Russian football team who had competed during the 1912 Olympics. Sokolov was a patriot who had represented his homeland but he longed for the past, despised the present and wanted to transform the future.

Sokolov was a brute of a man. His talents as a footballer were equally matched by his ability to fight, as he was also an accomplished boxer and wrestler. His physicality made him a force to be reckoned with. However his tough demeanor was accompanied by a fierce intelligence, which saw him graduate from what is now known as Saint Petersburg State University. Such a blend was too valuable for the British to ignore. So Sokolov was set to work gathering information that could be of use to his new allies, whilst travelling between both Russia and his newfound safe haven of Finland.

Arguably Sokolov's finest hour came in his assistance of Sir Paul Dukes, known as 'the man with a Hundred Faces'. When the famed British spy came close to being caught by the ruthlessly violent Communist militia (the Cheka) – who sought the man who had infiltrated Bolshevik organisations the Politburo, the Comintern and even the Community Party of the Soviet Union itself – it was Sokolov who proved crucial to his escape.

Dukes' mission to transport important figures of the White Movement – many of whom had been imprisoned – across the Finnish border left him particularly exposed, and Sokolov's ability to safely transport Dukes across to the refuge of Finland and away from the clutches of the Soviet militia only heightened Sokolov's reputation amongst the British intelligence services.

However football remained close to the heart of a man who had once represented his country in what was then a hugely prestigious competition. While residing in what was the Finnish coastal port of Terijoki (it is now the Russian city of Zelenogorsk) Sokolov organised a football club made up of Russian emigrants who had moved across the border into Finland, fearful of the militant nature of the Soviet Union.

The club was ultimately a clever ploy by Sokolov to provide himself with access to some of the most physically competent young people who had managed to escape from Soviet clutches. As the team trained he was able to observe just who were the most physically and mentally prepared individuals, and who would be able to serve Sokolov in his future intelligence-gathering missions. As the Soviet Union grew ever stronger so too did Sokolov's power and authority. The Finnish government – fearing Soviet attacks on their borders – utilised Sokolov to gather intelligence that could help them defend themselves against the might of the red army.

Ultimately Finland was always going to face an impossible task in holding off the threat of the Soviet Union, and when the Winter War came into full swing in 1939 Sokolov found himself in a prominent position propaganda production – under the command the Finnish Army – and Sokolov became a figure that his newly adopted nation could place their hopes in.

Finland's battle against the Soviet Union and consequently Nazi Germany during the Second World War ultimately caused Sokolov to flee to neighbouring (and neutral) Sweden, where he eventually turned his attentions back to his first love: football. When during the 1950's the Soviet Union made it known that they wanted to question Pyotr Sokolov on their own terms, they did so in the knowledge that any attempts to capture a man who had no inclination to return to his homeland would be futile. So Sokolov was free to work as a physio for Stockholm's football clubs until 1971, when his fascinating story came to an end.

Pyotr Sokolov's headstone in Stockholm shows little trace of his Russian roots, with the name 'Peter Sahlin' etched into the granite. However, his remains an incredible tale, which began – and fittingly ended – in the city where he represented his nation in its first international tournament.

Recent Posts from This Journal