In spite of the peaceful transition of power orchestrated by Mikheïl Saakashvili since his defeat in the parliamentary elections, the new team in power refuses the cohabitation with the President. Tedo Japaridze, head of the Parliamentary Commission on Foreign Affairs, clearly affirmed it: “Cohabitation is an unimaginable situation in modern Georgian history,” he declared. As for Bidzina Ivanishvili, he publicly wondered about the fact that Saakashvili remains the President: “Why is he still in power? He lost the elections...” 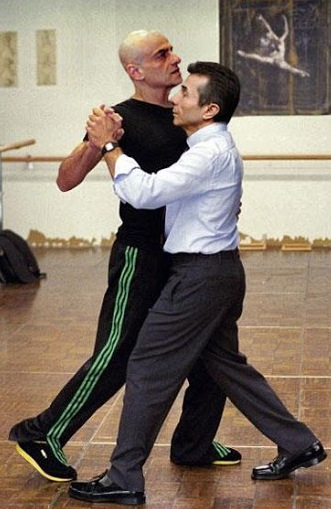 Bent on monopolising power, the new team is visibly doing its utmost to push the Head of State out, by weakening his entourage and by financially asphyxiating him. In the proposed 2013 budget, the funds of the presidency have been reduced.

The witch-hunt organised by the Georgian Dream, and the climate of revenge dominating in Tbilisi today, are fueling fears that a repeat of the scenario that took place in Ukraine might be in the works. Following the electoral victory of Victor Yanukovych in February 2010, the ex-Prime Minister Iulia Tymoshenko was arrested.

The new Georgian government, which came to power following the parliamentary elections of October 1, obviously has a grudge against uniforms. Constitutionally, the field of Defence and security still remains the prerogative of the President, the pro-European Mikheïl Saakashvili, whose mandate only ends in a year. The government of Bidzina Ivanishvili, the leader of the Georgian Dream coalition, does not seem to care. On November 7 it had already arrested Bacho Akhalaia, the ex-minister of Defence and of the Interior under Saakashvili, who was accused of being responsible for the multiplication of torture cases in prisons. They then went after Giorgi Kalandadze, the Army’s Chief of Staff. This hero of the war of 2008 against Russia was arrested, according to a close aide of the President, in the bathroom of the Ministry of Defence by the special forces for having reportedly, a few years earlier, “pulled the ear of a soldier in front of six witnesses.” Finally, the commander of the 4th Brigade, Zurab Shamatava, who was also accused of “insults” and of “violence”, was also arrested. The new team in power has also harassed Giga Bokeria, the head of the National Security Council, whose budget has been decapitated.

NOTE: Following the writing of this article and unambiguous words of concern from NATO Sec Gen Anders Fogh Rasmussen, EUropean Commission President Jose Manuel Barosso and the European Parliament President Martin Schulz, the arrests have continued: Mr. Shota Khizanishvili, deputy Mayor of Tbilisi and number of other former officials have been arrested. One of them, Mr. Tengiz Gunava, former Inspector General of the MInistry of Internal Affairs was arrested as a result of planting drugs.