It is well known that both the communist tyrants and other third world dictators require life-time presidency. Well... watch how the USA are are trying to follow their examples... Anyway, read the article and enjoy... you may witness the birth of the Soviet United States of America.

By  Jonathan Zimmerman / The Washington post / November 28
In 1947, Sen. Harley Kilgore (D-W.Va.) condemned a proposed constitutional amendment that would restrict presidents to two terms. “The executive’s effectiveness will be seriously impaired,” Kilgore argued on the Senate floor, “ as no one will obey and respect him if he knows that the executive cannot run again.”

I’ve been thinking about Kilgore’s comments as I watch President Obama, whose approval rating has dipped to 37 percent in CBS News polling — the lowest ever for him — during the troubled rollout of his health-care reform. Many of Obama’s fellow Democrats have distanced themselves from the reform and from the president. Even former president Bill Clinton has said that Americans should be allowed to keep the health insurance they have.
Or consider the reaction to the Iran nuclear deal. Regardless of his political approval ratings, Obama could expect Republican senators such as Lindsey Graham (S.C.) and John McCain (Ariz.) to attack the agreement. But if Obama could run again, would he be facing such fervent objections from Sens. Charles Schumer (D-N.Y.) and Robert Menendez (D-N.J.)? 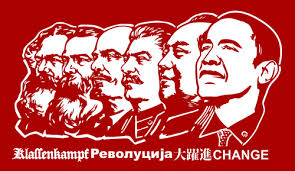