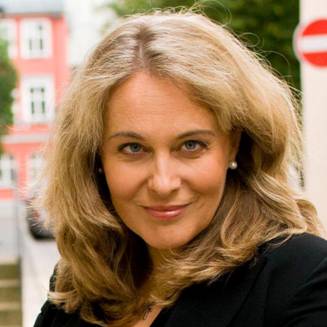 Every segregated system of education is a potential time bomb that sooner or later can explode. This is a case of Latvia. However Latvia has some unusual specifics: the titular nation has built up an educational system that creates a risk of discrimination against the younger generation of ethnic Latvians.

I have been monitoring the employment advertisement portal “CV Online” for a year.  I am interested in the part that lists required qualifications, where the requirement of a high level of fluency in Russian has greatly increased. The requirement of a high level of Russian fluency has moved from job ads from businesses to employment ads for government jobs, thereby ensuring the exclusion of an entire generation (or generations) of ethnic Latvians from the labor market. In the last few weeks, however, this requirement has vanished from the government job ads, or is hidden as “knowledge of a second foreign language”.  But this is nothing to rejoice about, because this very new trend applies only to government job vacancies, which are an insignificant part of the job market. As I write, there are 61 government job ads on the CV Online portal. The total number of vacancies is 11 043. Those seeking work on this portal, whose knowledge of Russian is not equal to that of their native Latvian, that is, the younger generation of Latvians, are offered a little over one half of one percent of all opportunities on the job market. 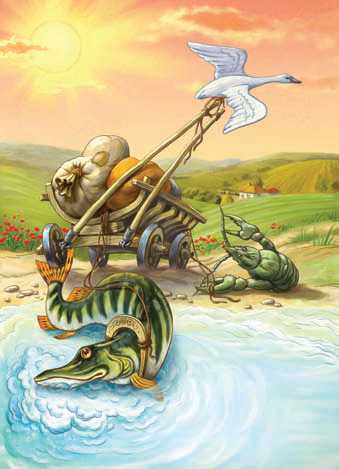 In a great majority, or rather, in almost all of these advertisements, Russian is required at a good level, in other words, a level of fluency at which this language is not taught in Latvian schools. The general formulation is “a good level of fluency in Latvian and Russian”, which equalizes the knowledge of the languages as well as asking for a B2 level evaluation of the level of knowledge. No Latvian school offers foreign language teaching to the B2 level. The only language taught to this level that is not a native language, is Latvian. And it is taught in Russian-language schools. That the B2 level of fluency is sufficiently advanced is well known by those undertaking supplementary study to learn a language for study or work abroad.

In fact, schools for the ethnic Russian population presently prepare the labor force for the real job market, not an imaginary job market, both in Latvia and abroad, completely at state expense, without the parents of the children having to pay anything. Schools for ethnic Latvians do not offer the same opportunities to their graduates. To prepare a child for the job market, a Latvian family is forced to send their children to paid Russian language courses, most often in addition to their studies. Graduates of Russian schools is can use this time for an internship or a real job, getting a better start for their career. Generally, foreign languages are taught in four academic lessons per week and each level of learning takes about six months: from A1 to B2.2 and C.1. Only then a person has acquired the knowledge of languages that meet the simple formulation in a job ad “Latvian and Russian languages” at a good level. The total time spent in such courses can be at least 21 months and these courses are not cheap.

By contrast, the teaching of Latvian at a high level is offered in Russian schools as part of the program of free education.

This asymmetric situation has created a distinct discrimination against Latvian school graduates on the labor market. A glass wall has been created making skilled jobs with a career potential outside the government sector difficult to access.  Outside of work in the media, education and culture, job opportunities for young Latvians are miniscule. These few areas are the last islands of refuge for graduates of Latvian schools. The battle to “reduce the administrative apparatus” that is especially favored by the Harmony Center and Reform (formerly Zatlers’ Reform) parties, has also shrunk this melting ice floe. Knowing the unmatched, powerful strategic analytic skills of the Harmony Center, partner party of Putin’s United Russia and a pet of the Russian Embassy in Riga, there can be no doubt about the real goals of advocating these, otherwise very important, ideals.

The problem lies in the fact that the makers of these policies belong to an elite to whom these problems of “the masses” are foreign. The outlook for children of the national and regional elites is good. They are placed in the few jobs where knowledge of Russian is not essential. The network of the cream of society often helps the “children of chauffeurs”, that is, the children of those serving the elite. For those whose parents are not part of this social network, the prospects are few and far between. These are youths from ordinary families, from provincial towns, from the countryside, from poor families and from state boarding schools. They are the children of parents who have returned to Latvia, both those who immigrated ten years ago, and those who were born in the Latvian diaspora abroad.

The situation has been poorly studied, neither the state, nor the non-governmental sector, including the selectively seeing, so-called Latvian Human Rights center, talk about this problem. As in most cases where discrimination is hidden, it is futile to look for statistics.

The present government coalition has not been able to address the essence of this issue. The changes to the Labor Law proposed by the National Alliance (NA) political parties are formal and offer little hope, as is the case with any fight against effects, rather than causes. It is like trying to forbid an alcoholic from urinating on the side of a building, or rather, like forbidding a user of hard drugs from feeling abstinence symptoms. This would be possible if the state could create an expensive, large and labor-intensive control mechanism with an army of bureaucrats, who would investigate individual cases where a job seeker faced discrimination.

Such changes in the law would apply when a young man from a countryside Latvian school, who has been refused employment, could receive quality free legal assistance to litigate against those discriminating against him. It should be noted that he be taking legal action against the state and, more often, the private sector, who will also have not the worst legal advice. In addition, litigation must take place within a reasonable time, not after five years, when he is serving a sentence in a Mexican prison for being an international drug courier, or has died of a burst bag of cocaine in his stomach, or has stayed in Latvia, but is poor, degraded, and suffering from depression or alcoholism.

On January 26, 2012, Latvian media published the news that there are 20 Latvian drug couriers awaiting punishment in the world, including some who face the death penalty. Most of them were recruited in the Vidzeme region; most were young people and ethnic Latvians, with no previous criminal record. In Vidzeme, according to date published by the news agencies LETA and BNS, there are only 7% of total government job openings. In the other regions of Kurzeme, Latgale and Zemgale, there are less than 10%.  In Riga, where it is practically impossible for a Latvian with limited Russian skills and the support of a social network to find work, 67% of government vacancies are found. Young Latvian women are easy targets for recruiters of  “EU passport brides” and human traffickers, who supply the prostitution industry. The victims are girls from the countryside, who have been fruitlessly looking for work; often they are young single mothers. And again – they are ethnic Latvians, mostly 18 – 21 years old, as emphasized by the Latvian anti - trafficking civic society organizations.

The Latvian state invests a great deal of money in ethnically parallel school systems. One is a system of privileged state-financed schools for those who are taught in Russian, which offers the “full package” for success on the labor market.  The other is a discriminated school system, which does not offer the necessary knowledge. In addition, huge resources are invested in providing opportunities for Russian speakers to integrate in the job market through various courses. Such opportunities are unavailable to ethnic Latvian population.

This situation is precisely described by a woman’s comment to an article by the prominent Latvian physician Pēteris Apinis in the portal www.pietiek.lv: “A handicapped unemployed person spends a year going to the employment service looking for work and has applied for Russian language courses, because everywhere there is a demand for good knowledge of Russian. There have been no vouchers available for the courses for a year, but if things are so bad that there is nothing to eat, they can offer free-of-charge activities with a psychologist.”

When in comes to discrimination on the labor market, the so-called “Latvian parties” have a dramatically low capacity for political analysis. It was anecdotally exposed during the election campaign, when a nationalist-conservative politician was surprised and indignant that knowledge of Russian was required even for a charwoman. The understanding of the reasons for discrimination on the labor market has not increased over time. I assume that politicians must fight for what languages charwomen must know. All the best to these hard workers, but one has to first of all fight for the ability of Latvian children to compete and have opportunities for skilled careers and to remain in the country of their birth, and they their destiny is not to be broken.

The worst thing that Latvia did when it renewed its independence was to split up the system of education. Diverse in terms of ethnicity, culture, religion and language is how we are. We have no single universal unifying platform. In a situation where it was necessary to have at least one such consolidating platform, which, traditionally, is one school for all, Latvia shamefully chose to go the path of segregation with all the risks of conflict that entails.

Currently Latvia has received the full package of effects of a segregated system of education. Asking for Russian language fluency on the job market is mainly by force of habit. A young generation has grown out of the segregated schools. The graduate of a Russian school, running his or her own business, is used to an ethnically isolated environment, in which their personalities were formed. This habit is continued in the business world by a kind of mini ethnic cleansing, making the business a Russian environment for one’s own comfort.

Segregated education also creates the risk of ethnic conflict, because it is easier to hate those one does not know. It has created an excellent basis for political and ideological manipulation of young people who have grown up in an ethnically isolated environment.

Meanwhile the local forces that are sponsored by the Kremlin understand and fully exploit the distortions of the educational system. This is illustrated not only by job advertisements, but also by the crowds of young people at the celebrating May 9th by the Soviet-era Victory monument in Riga.

Twitter user Valdis Melders wrote that 21st century education has moved from the three Rs (reading, writing and arithmetic) to the four Cs: collaboration/communication/critical thinking/creativity.  And above all – equal opportunities for all. This can only be guaranteed by one school system with one curriculum, which offers equal skills to all, diminishes the risk of discrimination, and creates mutual understanding.

I assume this opinion will annoy the Minister of Education Roberts Ķīlis, as well as many Latvian philologists in the Saeima, who must finally understand that teaching the Latvian language to Russian-speaking minority is an insufficient integration method, and, in an ethnically segregated education environment, a counterproductive instrument for creating an integrated and unified society.