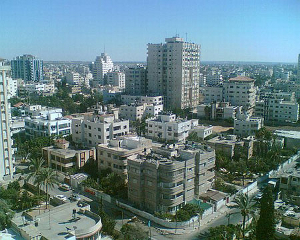 Notwithstanding a huge amount of literature on this subject, many misconceptions, emotions and political games obscure the picture of the Palestinian refugee issue. Palestinian advocates claim that without granting all registered refugees the right to return to Israel, peace in the region is impossible. Israel, therefore, has to let about 5,000,000 descendants of Arab refugees settle in its territory. This also means that peace depends entirely on Israel.

The phenomenon of Palestinian Arab refugees stands out in the history of refugees. As of 2013, it has already lasted 65 years and it seems there is no end in sight.The UN established a specific agency to deal solely with the problem of Palestine's refugees: The United Nations Relief and Works Agency (UNRWA). It has about 30,000 employees, most of them recruited from Palestinian Arab refugees. It is funded by the UN, Western Europe and the US, and deals with education and other aspects of refugee life. Corruption and the wasting of money are rampant there, but who cares? The agency ostensibly deals with one of the most important issues of our time, and as such is deemed worth every penny.

To see the bigger picture, let's step back and compare the Palestinian Arabs refugee problem with some other refugee problems of the last century, which took place at approximately the same time.

The problem of Arab refugees emerged in 1948, when an alliance of Arab countries started the war against Israel. Here are the numbers from different sources of refugees who fled the war zone:

For the sake of further discussion, I will take the number stated by the UNRWA: 711,000. At the same time, Arab countries expelled more than 600,000 Jews and expropriated their properties. How did the world react to these two events? In the UN, no issue of compensation, or right to return for Jews, was discussed. Western media and politicians did not see any moral, legal or political problem there. Be that as it may.

The international treatment of Arab refugees was quite different. The Arab League has instructed its members to deny citizenship to original Palestinian Arab refugees (or their descendants) ‘to avoid dissolution of their identity and protect their right to return to their homeland’. The message was clear: to conserve the hatred and a state of war until total victory over Israel. The wellbeing of the refugees was not a consideration.

More than 150 UN resolutions on Arab Middle East refugees have been issued since then, but none mentioned Jewish refugees from Arab countries. One of the reasons for neglecting the Jewish refugees is that there are none now. All of them were absorbed into Israel and granted citizen status. In the political arena, there is no discussion of their property and their right to return. The situation with Arab refugees is quite different. At the time of writing, there are about 5 million of them, who grew from the original 711,000. Since the outset of the problem, tension and hatred in the Middle East has grown, together with the number of registered Palestinian refugees. According to the UNRWA, in January, 2010, the distribution of registered Palestinian refugees by country or territory was as follows:

Table 1 indicates the rate of growth of Palestinian refugees and the population of countries where they are settled.

In Syria it is hard to estimate exact growth of refugees, as about 100,000 fled from Golan Heights in 1967, and some from Lebanon.

At the end of WWII there were more than 40 million refugees in Europe. The issue, in all its complexity, is too big for a short article. I will therefore limit the discussion to German refugees as the most representative example.

Altogether, at least 12 million Germans were displaced after the war. Of them, about 7 million German civilians fled or were transported from territory controlled by Russia and Poland. 1.8 million German civilians were expelled from East Prussia alone, which the Soviet Union had annexed without any justification. The brutality in the period of 1945-1950 was appalling. Hundreds of thousands died due to terrible weather conditions and the difficulty of the journey. Thousands of German children, nicknamed ‘wolf children’, became orphans or died in brutal winters of 1945-1947. The last 7 Germans had been expelled from their homeland in January 1950. I bet most of my readers have never heard this, as the international community and media appear not interested in refugee problems where Israel is not involved.

There are hundreds of thousands of Japanese refugees, millions of Chinese, Arab (non-Palestinian) and African refugees, and refugees from other parts of the globe. Few people, other than some scholars on international affairs, know about them. The media and politicians do not seem to care about them. The question arises: why does the world concentrate its attention on Palestinian refugees? What is it that makes Europe and the US care so much about them and donate billions of dollars every year to support their refugee status? We hear arguments that their living conditions are below the poverty line, therefore they have to be supported out of compassion. How about the hundreds of millions of other people, living in misery side by side with them? Do they fare better? Do we, the so-called ‘civilized world’, care about them?

A recent study by World Bank (2006) discovered that 25 percent of the population in the Middle East and North Africa region fell below the poverty line, set at $2 USD per day. In comparison, according to the Index MUNDI, 16 percent of the Palestinian population are considered the poorest of the poor, with an expenditure of about $50 USD per person, per month. So the percentage of the poorest refugee population is lower than the rest. It does not mean, in my opinion, that refugees from any nation, Arab or not, do not deserve compassion. But if we concentrate on the poverty issue, why take Arab refugees out of the picture, ignoring the population that lives around them?

Apparently the well being of Palestinian refugees, or registrants, is so important for the normal functioning of the international community, that the UN initiated a project on the subject: ‘Population and Demographic Development in the West Bank and Gaza Strip Until 1990’. There were other initiatives, which I will not discuss here. To evaluate the validity of these initiatives, I will compare the living conditions of Palestinian refugees with the other population of the countries where they live. Here are some helpful statistics. The number of UNRWA registered Palestinian refugees by country or territory in January 2010 was as in Table 2:

Photo: Gaza Strip. Not as poor as propaganda suggests.

Alex Markman is the author of fiction books, main subject of which is adventure, romance and integrity of human mind and soul. His drive to discover new places has brought him to such locales as the vast, unspoiled wilderness of Russian Ural and Siberia